In 2007 Commonweal helped California lawmakers design a sweeping reform of the state youth corrections system. This reform law— Senate Bill (SB) 81—moved thousands of juveniles out of costly, violent and under-performing state institutions into local service networks supported by nearly $100 million per year in state funds. The California law represents the nation’s most comprehensive youth corrections realignment reform as measured by the number of youth and the magnitude of funding.

SB 81 – Key Elements of the Reform 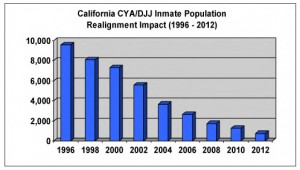 In 1996, the inmate population of the California Youth Authority (CYA) peaked at 10,000 young offenders packed into 11 large institutions. Over the years, CYA had compiled a dismal record of overcrowding, gang violence, bad programs and high failure rates. In 2005, litigators won court-ordered changes that pushed state CYA cost to astronomical levels. By 2007, lawmakers were primed to replace this costly corrections dinosaur. With the Governor’s support they passed a landmark California juvenile justice “realignment” law, known as Senate Bill 81.

Senate Bill 81 was a robust and comprehensive measure to “downsize” the Youth Authority, which by then had been renamed the “Division of Juvenile Justice” (DJJ). SB 81:

As of 2020, the inmate population of the state Division of Juvenile Justice had declined to fewer than 800 youth. In 2019, DJJ was slated to move from the state corrections department to Health and Human Services, but this plan was scratched in 2020 when the Governor proposed the full closure and realignment of DJJ to county governments. Continuing issues are: 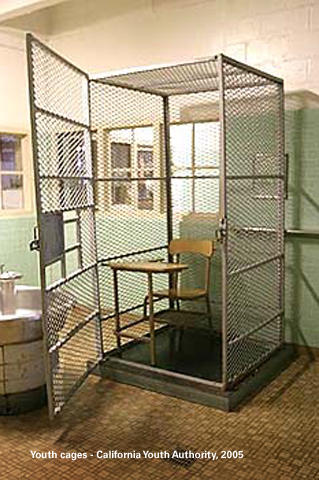